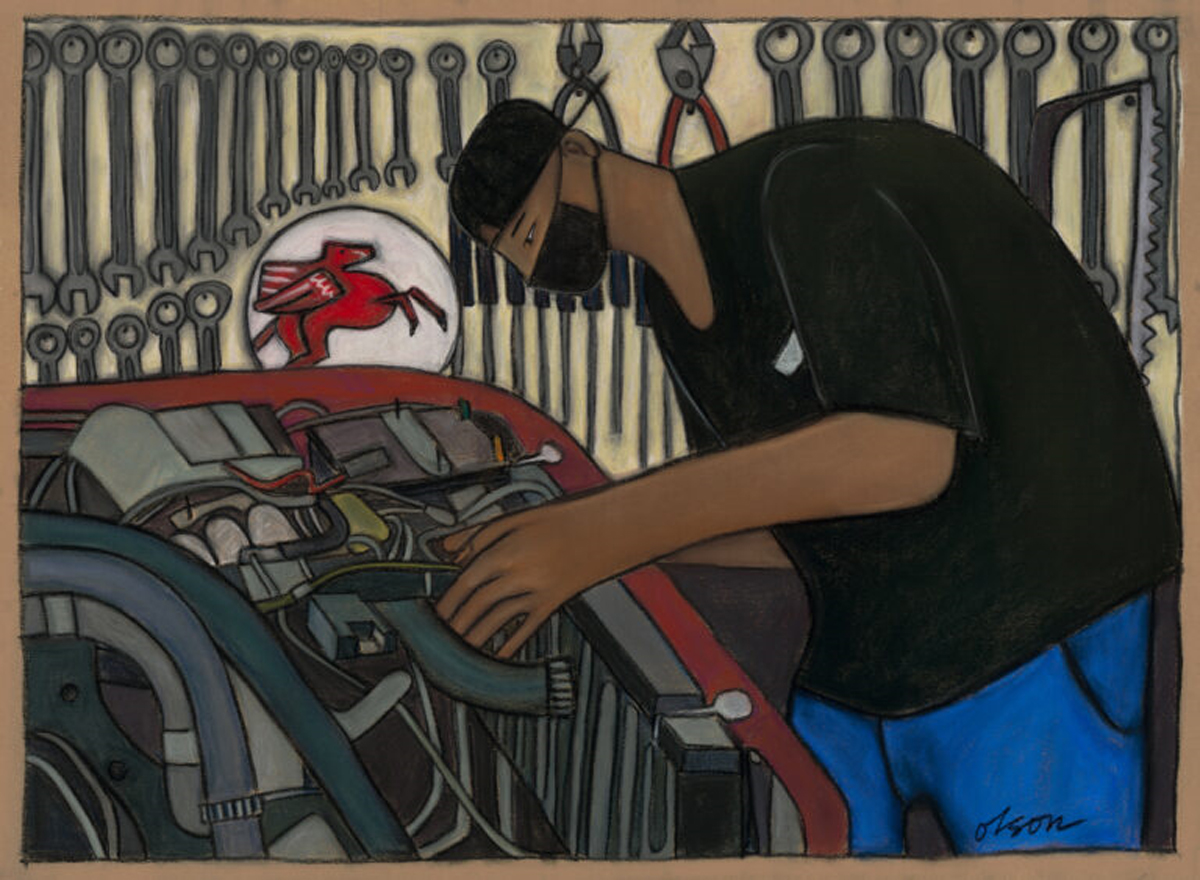 So, if there was a positive or a suspected COVID test or a person that had been exposed, they would do a full-on quarantine of the entire apartment complex. I found out that two people in my apartment complex had had COVID and they were quarantining them for 14 days.  I wasn't gonna be able to get into my apartment. [...]  You can't have visitors. We don't want anyone basically near the apartment complexes. So it's very strict.  [...]

I feel like for the most part, people were very good about following the guidelines of whatever the government was putting out in terms of safety precautions, partially because of their recent history with SARS, but also just their collectivist idea of like, "This is the good... Like me putting on a mask is also good for the rest of my neighbors, so that none of them get it from me and that I do get it from them." So it's just everybody was kind of cohesively, "We're doing this to help each other." [...] On the streets, you almost never saw a person working without a mask,

The other thing too is people really quarantined. I went to Shanghai at the end of January [...] right around Chinese New Year, which is the biggest human migration in the world. And I got there and it was a ghost town, there was like nobody walking the streets.  The nice part was that it was easy to take pictures and stuff, but even when we were traveling, I wore a mask the entire time, so I wore it on the plane, I wore it in the airport and wore it on every train that I was on. And if you weren't wearing one, people kind of got on your case about it, and it was kind of the mob mentality, but like you need to be putting on that mask. Which was fine, I didn't have an issue with that.

We were seeing, even while I was in Shanghai, that more and more places were closing because of the COVID cases that they were starting to see.  It started out where there were a couple of museums we could go to or a couple of bars we went to, and then the next day they'd be closed. Or even we were trying to go to a museum and we called them and they were like, "Oh yeah, we're open." And by the time we got there, there was a government official standing outside saying, "Nope, this place is closed, you cannot go in. We're starting to really shut down places." So it was kind of unfortunate in that regard, but it also was very eye-opening of like, "Okay, this is spreading fast. I probably shouldn't be traveling anymore." [...] I ended up cutting that trip short just because of how everything was going. I was like, "If everything in Shanghai is closing, everything in other cities are probably also closing, so there's no point. Plus, I probably don't want to be in really big touristy areas with lots of people."

It was very strange to be walking down some of the really iconic places in Shanghai and there was just nobody on the streets in the middle of the weekend. It was just very strange, 'cause I've been to China once before and was used to the really massive crowds. And I had been looking forward to the celebrations and there was nothing there, because they cancelled everything. They were like, "Oh sorry, we're cancelling all of our New Year Celebrations until further notice, there's just no point in risking the health of everybody."

For the most part, I think most of the locals really were hunkering down.  [...] They weren't panicking about it per se, they weren't panic buying. I feel like for the most part, all of our convenience stores were still open, grocery stores were still open. You could have access to a lot of apps that would have people just deliver food to your door too.  I feel like there was a lot of things in place where it made it kind of easy to quarantine for a long period of time, but yeah, I think the mentality of everyone, "We have to hunker down for the long run."

On the bright side now, the province that I worked in has next to no cases; they're basically back to full functioning. They don't wear a mask anymore. They don't need to. I'm sure they still have a few, but it's pretty well managed.

Here, we've kind of seen what's happened, especially from state to state, it's varied, that's the biggest thing is that there's not consistency across the board, between this state deciding, "Oh, we're going to open up the beaches and the parks and the bars," to this state being like, "We're gonna quarantine everything for a solid month or so." And so it's part of that that's been kind of hard to deal with, where it's like, “I wish that we can all just wear our mask and really quarantine for a couple of months.”  We kind of did, but there was still a lot of freedom with that, and the mask mandate kind of came several months down the line. I feel like if we'd had that a lot sooner, it might have actually benefited us more.

It's hard because we have a very individualistic culture that allows us to have that freedom to... If you choose not to wear a mask, that is your right, but it's also our right to say, "You can't come in."

So it was very interesting to see those two very different ways of approaching this pandemic.