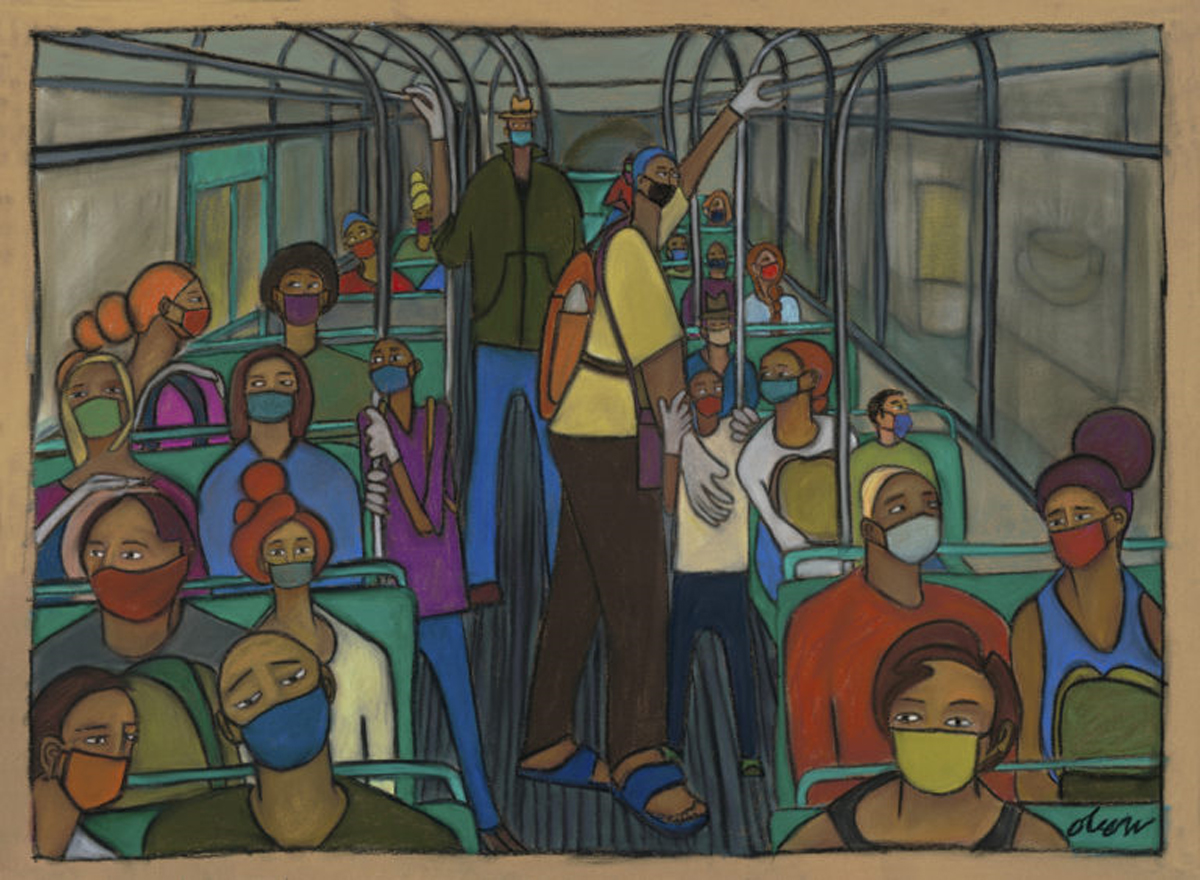 It was really tough at first. I'm a person who's always worked from my office, and I don't... Work from home has never been a thing for me. I like to come to work and I do my work here, and then I go home and I leave it here. I don't take it home. The only kind of work I do from home is, I read a lot at home. And so I have a house that's set up for a lot of reading. I have comfortable chairs to read in, but I don't have any work station to sit at a computer and work for six hours or eight hours a day. And I still lack that. We had really bad internet at our house. It really only worked in one room.

And my older two daughters moved back in February. They had been living in Guatemala for 18 months and they came home from that in February. And so they were gonna stay home and get jobs. But then when the stay-at-home stuff happened, then they were at home. And then my son and my daughter who are in... My two sons... My son and daughter in high school were home. My middle schooler was home. So there were five children all of a sudden. And our house is not that big. And so it was a really, really complicated time for the first two months or so, to just manage their schooling and my job and everything at home. 'Cause there was a lot of people there.

So we, eventually, about probably a month or two months in, we finally upgraded our internet and did a lot... Put a lot of investments into things at home to make that more manageable, and it's helped a lot.

But the other complicating factor, which is weird for me, is my wife works. She's a pharmacist. And so she never did stop working from work. So she was going to work two or three days. She usually works about three to four days a week, so. But this was a big change in our relationship 'cause I was never... I was always the person leaving home and she was home more than I was. Even though she... Just 'cause she works more days than I do. And she tends to be home more than I am.

And so that was a big shift for me, psychologically, I think. Because here I was, now home with the kids all of the time, and she was going to work and... But her work was a lot more stressful because, obviously, in a time of plague, being a pharmacist, there was a lot of... Especially early on, a lot of fear that, "I'm gonna get sick right away." And, fortunately, we haven't gotten sick yet, but... As far as we know. Unless we're carrying it without having any symptoms. And so her work was a lot more stressful. But then, also, it was like there was this part of me that was envying the fact that she got to leave the house every day and I was stuck there all day long. And so I got really sick of my house, obviously.

Probably like a lot of people did. And that affected me psychologically, too. I mean, I think it's been harder to sleep. I probably was worrying more. Thinking about people I love. Worrying that they're gonna get the virus or that I'm gonna get it. In fact, I think my brother did get the virus. And so that caused me, obviously... For a couple of weeks to be worried about his health. He never tested positive, but he had all of the symptoms. And they told him, "You probably have it." But they could never confirm that he had it. So I was worried about him for a little while there. And he lives really close to my parents who are pretty old. And so I was pretty worried about them getting it too, obviously, and still am. But that psychological worry there is always in the back of, probably, everybody's head, I imagine. I haven't really talked to anybody about it till now, but…

I do have a big worry about my parents because they just turned 70. And my mother, I think it could be pretty bad for her. I don't have a lot of anxiety about myself.  I don't know, I'm not worried that it's gonna kill me necessarily. Although, perhaps I should be, 'cause I think it... It doesn't seem to have a lot of rhyme or reason to who it takes down. But you know, in that regard, I'm not particularly worried about my children or my father, but you never know, so there's that fear is always sort of there. But for older people, my wife's parents, my parents, yeah, that fear is quite a bit greater.