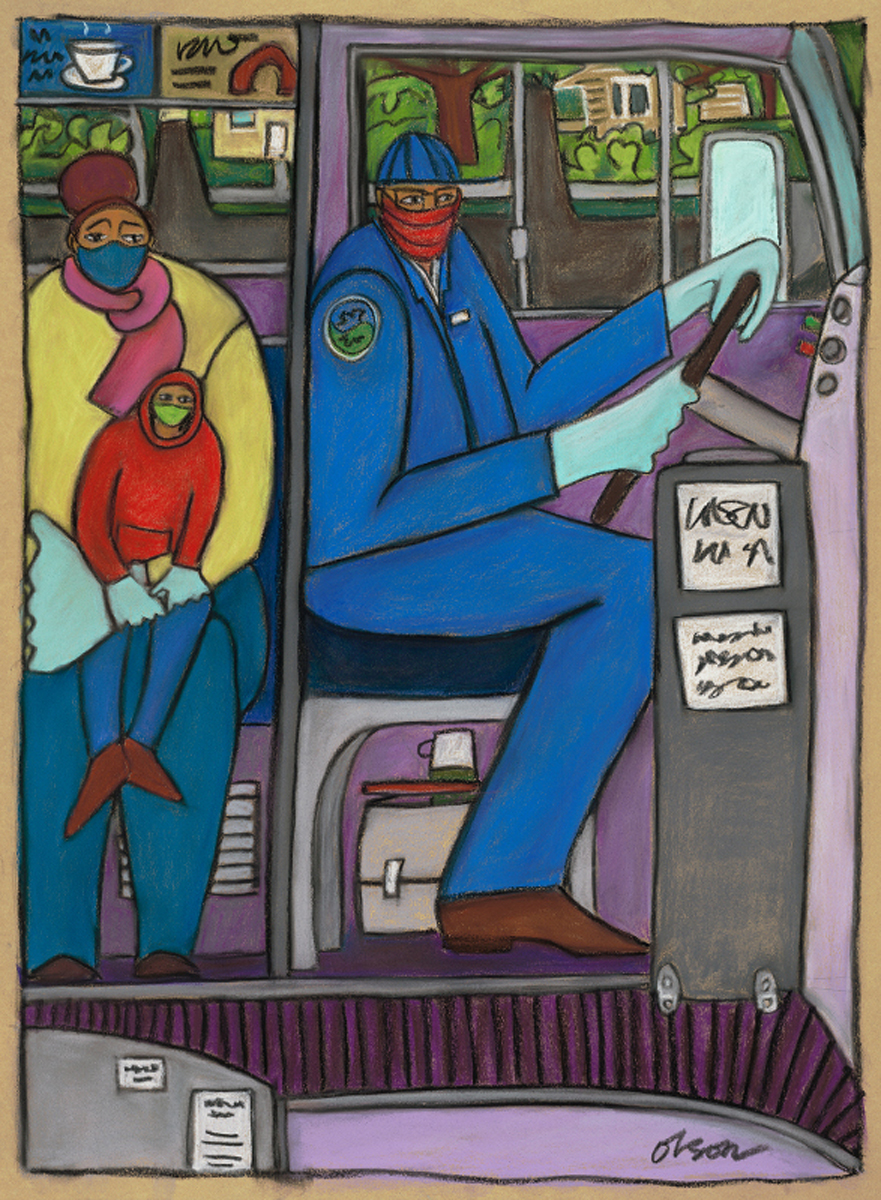 So I had scheduled a trip to New York City for the first weekend in March — a business trip. And I probably scheduled that in January. I don’t know, I was working on getting the logistics of that going in January, and maybe in February, I started hearing about COVID. And you’re thinking, “I wonder if this will impact our trip to New York City?” and it just didn’t seem to be hitting the U.S. hard at all. But there was definitely some concern when we went, and I definitely remember seeing the first person with a mask on in public was at the Minneapolis Airport on the way to New York, and then I was like, oh something’s going on. Usually you don’t see people with masks on in the Minneapolis/St. Paul airport. So that kind of raised eyebrows, and then once we were in New York, people started dying.

And there was, definitely in New York City, there was something ... you could tell something was going on in New York City, because I think people started reporting COVID deaths. So yeah. I mean and then it was like, uh-oh, are we gonna be able to get out of here? And I remember going down on the street in New York ... I go to New York, maybe pretty regularly, and so I’m kind of familiar with the streets, and I remember going down to get breakfast just at like a little bodega next to the hotel, and there was not many people on the street, and I was like, this is very unusual for a Saturday morning in New York City. So you could just tell there was something going on there that wasn’t right. So I guess that’s when it really hit me that, oh there’s ... this is gonna be big. And we had friends, we have a friend who lives in New York who works for Delta Airlines, and she’s in their crisis management team.

And so we went and visited her and her family in Manhattan, and she said, “well, when’s your flight leave?” and it was like “we’re leaving on Sunday night,” and she said, “well, you’re lucky they’re gonna start ... you’re probably gonna get out of New York on one of the last regularly scheduled flights from New York City,” so she could see ... she knew what was coming because she’s in their crisis management team, so we immediately started thinking, uh-oh, we’ve got COVID, ’cause we’re in New York. But we came back and I yeah, I mean I was nervous for 14 days after getting back from New York, thinking, oh, I wonder if I ... am I gonna get a fever? Am I gonna…

Every morning you’d kinda wake up and go, “do I have a fever?” Because boy that was just ... everything was just completely exposed in New York, and as soon as we got back, it just exploded there, and so we were lucky we didn’t get infected there, and we were lucky that we got to travel to New York City before it pretty much changed for a long time. I don’t think it’s gonna be New York City again for a while.