Oh, that's not what I pictured your face to be like. 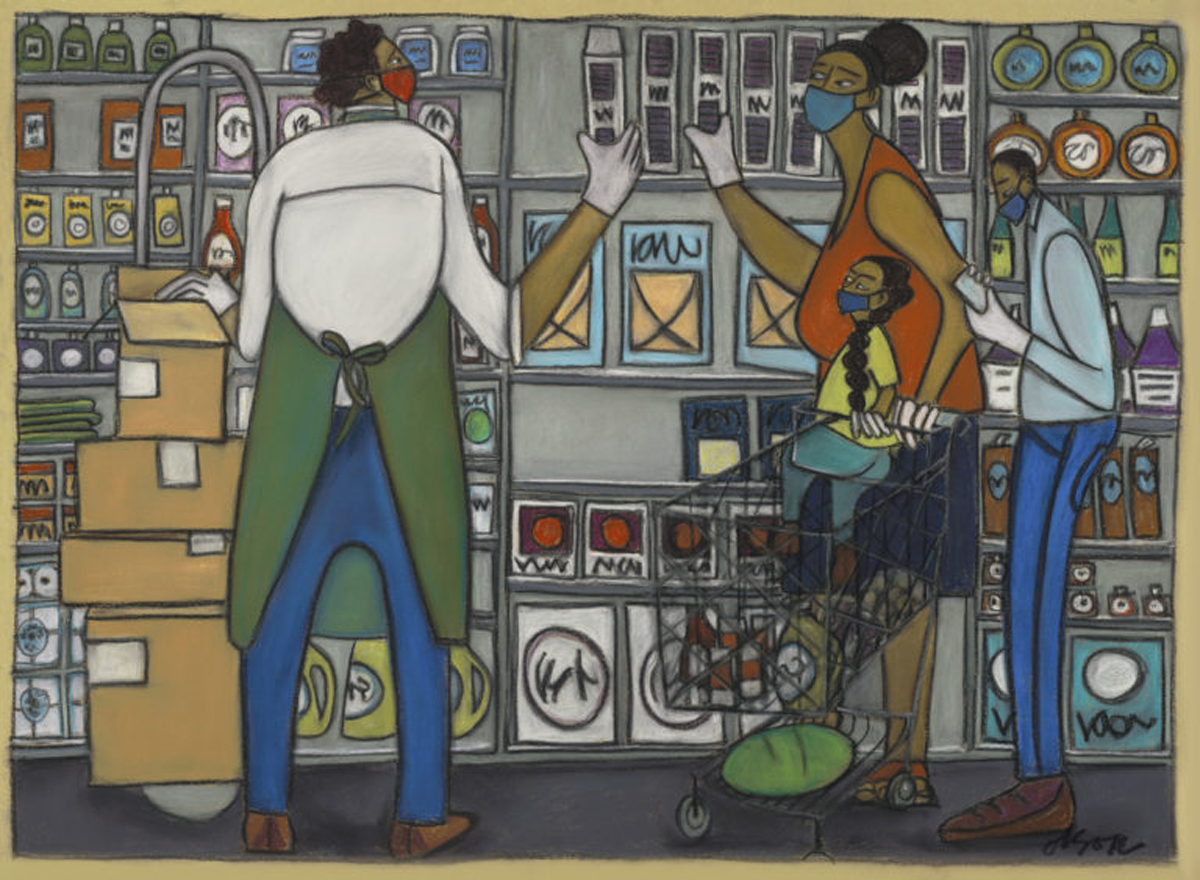 Well, I just got a new job. It's really interesting because I'm meeting a bunch of new people, but they're all wearing masks so I can't see their face. And so occasionally when we're getting water 'cause what we're doing is running around a lot, [Laughs] I see their face for the first time, and I'm just like, "Oh, that's not what I pictured your face to be like." [Laughs]

Thankfully, I have more of a backroom job. It's like a couple weeks ago, I was doing assembly. I just switched to OGP [Online Grocery Pickup]. So I don't have a lot of contact with people, but I am on the floor a lot more now.  I just pick groceries for people, and go shopping for people, which is actually kind of fun. [Laughs] I get to see fun and weird food things...

MV: [Laughs] And try and picture what people are gonna make with them.

MT: [Laughs] Yeah. It's also sometimes really funny 'cause if there's substitutions, or just people buying a lot of one thing, it's kinda funny. The other day, I saw seven loaves of frozen garlic bread in one bag. [Laughs] And I'm just like, "That's a lot of garlic bread." Thankfully, it was a substitution. They didn't want all that garlic bread, but it sure was funny to see. But it's fun to see all these new food combinations, or foods I wouldn't have seen before 'cause lower shelves, or just not being in that area ever. It's like that's kind of fun 'cause then I also get good dinner ideas.

But then there's also, of course, the one-way grocery aisles, which half the people don't follow. And we try to follow 'em because we're trying to set a good example, and it's just easier for our job to do that. We also have customers complaining to us about other customers not following it, and it's just like, we can't control them. If we tried to, we'd just get yelled at probably.

Thankfully, I came in after the fact, so I didn't have to deal with all these new changes, but I am still dealing with some interesting people. You're dealing with people who... The one thing that kills me is when people come in with the mask, take it down to talk to you, and then put it back on. It's like that defeats the purpose. Come on. I understand it can be difficult to hear people with the mask on, but you can just speak up or enunciate a little bit more. It's not that hard.

Enforcing it can be really hard 'cause a lot of people just won't listen, especially since they see us as lower than they are because we're the employees, and there's a weird power dynamic with that.  There's a lot of aggression. And even normally, there's aggression, but I think the fear of the pandemic is making it worse, for sure.

I'm still kind of new, though. I've only been there for the last month. And I'm trying to learn this new position as well.