So it's a bad thing all of a sudden, our most treasured good thing. 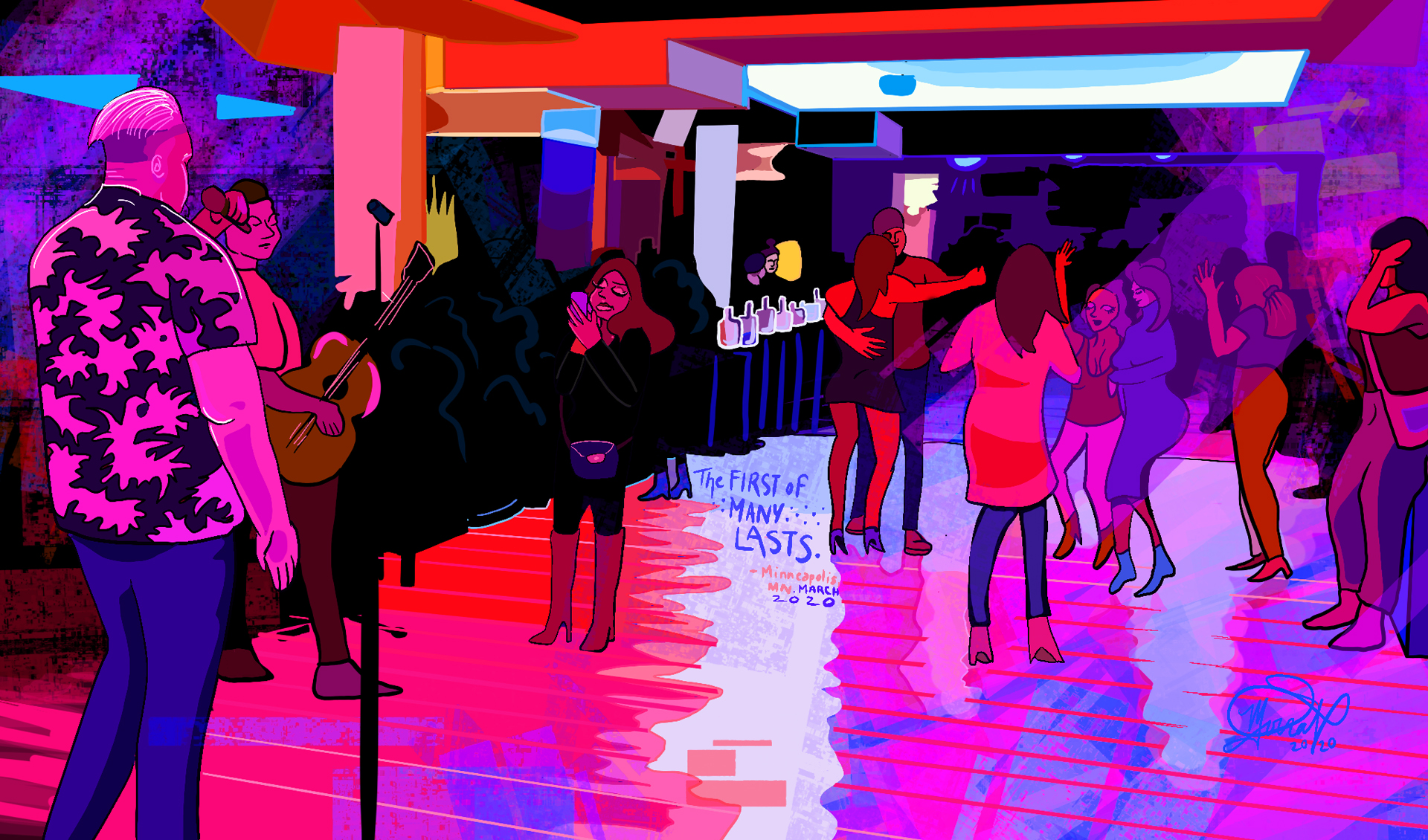 The First of Many Lasts by Moira Villard

My work with the Homegrown Music Festival had ended for this year when the pandemic started.

Homegrown has been its own non-profit. Originally, Scott Lunt started the event and so it was a "for-profit" he made money on it I think but it wasn't significant and he also lost money on it at least one year and then it became... There was a local non-profit that sort of absorbed it for tax and financing purposes and then in recent years, it's been its own non-profit. So in those recent years, it's had both a board of directors and a steering committee.  The board is fairly small, I think it's five or six people. The steering committee might be about a dozen and then there are paid employees, which would include the executive director of the festival, the assistant director of the festival, there's a production manager who works with all of the sound technicians to make sure that all of that stuff gets pulled off. There is a volunteer coordinator who coordinates all the people who work the doors and volunteer their time to help make the festival go and then the field guide that promotes the festival, some other people who write for it are paid, I'm paid to coordinate that, there's a designer who's paid to do that. So there's a number of... None of these are year-round jobs or full-time jobs but there's a handful of people who have their income on some level tied to it.

Typically we would start planning at Thanksgiving for a festival that happens in May and when Thanksgiving rolls around, that the committees are gonna get together and say, there's no way we can start planning a normal festival right now.   The planning process kinda starts in full force before Thanksgiving and bands start registering for slots to play the festival and the scheduling begins in January so it's... To organize a 200 band festival takes a lot of time and pre-planning and so it's going to be very difficult for next year.

It may be helpful to note the size of the festival to people in the future. The festival had started with 10 bands and grew to about 200 bands. I think this year's festival, I'm not remembering off top my head but it may have been about 190 or it was probably about 190 or 200 bands were scheduled to perform and there's almost no way that that can happen next year, it didn't happen this year at all, everything was online, there were no in-person concerts.

So trying to rethink that festival next year will be exceptionally difficult because the whole point of it was it's an event that happens in the spring with all of the musicians and people sort of burst out of their hibernation and go to these shows in large numbers and sometimes pack into small rooms and sometimes pack into very large rooms and so the whole philosophy of what this festival was doesn't make sense now.

It's kind of the musical New Year and it's so much about hugging and yelling in people's ears because they can't hear you over the music unless you put your face right next to them and shout and spit on them.

So it's a bad thing all of a sudden, our most treasured good thing.