Anything and everything can happen in this little space

So there was a young African-American guy who spray painted right here [at the Clayton Jackson McGhie Memorial, a memorial to the victims of a lynching in 1920] on the ground, that was SAMO and, "Fuck the police," or something like that. And so, there are folks, like Henry Banks, obviously his work is around getting this space and then to see that it was someone from the community that defaced it, he was really hurt, I think, and it was hard to see the differences between some of the elders being like, "The guy needs to go to jail," after all the young folks were protesting against young black men going to jail. And it created this interesting... Just hard-to-see-happening discussions. And for me, I was... He's a young person, he needed space. I don't know what his intentions were, but regardless, now there's stuff for people to do here, and I wish there was more space that young people and black folks could occupy beyond just this plaza. 'Cause I feel like this is all they got, in the whole city. So obviously, anything and everything can happen in this little space. And it needs to expand. We were having conversations about, "Why couldn't we turn that into a cultural center and rename the street block and activate." This is a great start, but it needs to be activated, I feel. 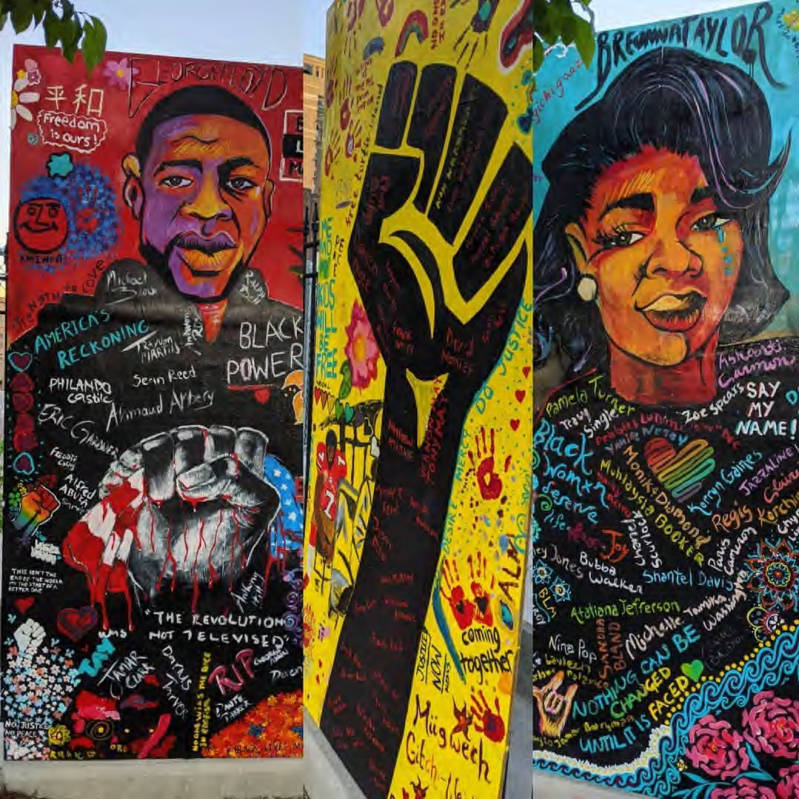