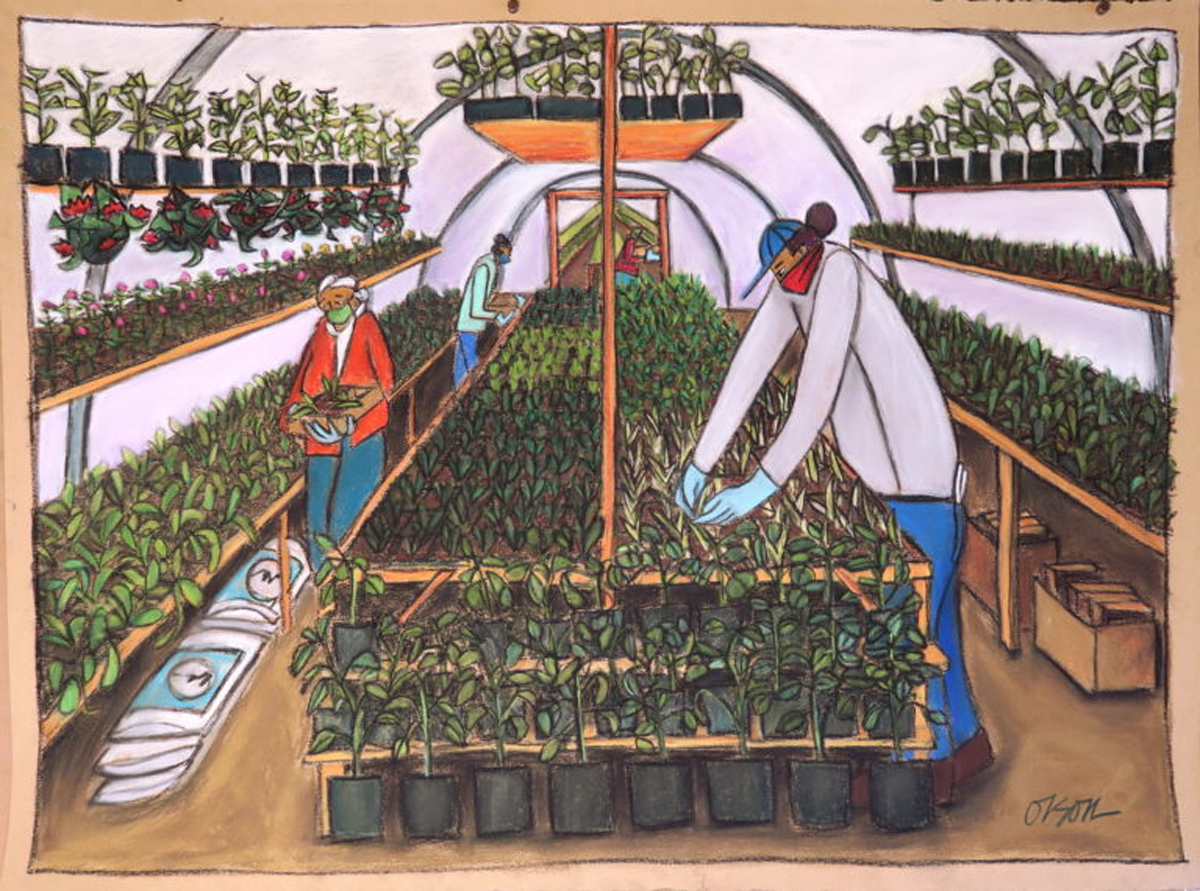 I see on the Star Tribune [Minneapolis newspaper] that they're just reporting al the restaurants that are closing down, which is fucking bad... And I don't know if I'm allowed to curse… Yeah. I don't know, it's like, why are you just reporting about the restaurants closing and not like what other restaurants are doing to feed their communities? I know that freelance writers write about restaurants helping communities, but they're writing for other online sources, like magazines or... Yeah, Bon Appétit was writing about what Pimento down in the Twin Cities was doing. Why wasn't the Duluth News Tribune talking about that? That's local. How did it get to a magazine that's pretty lifestyle-ly…

Pimento  is a Jamaican restaurant in the Twin Cities and during COVID, and after a lot of the unrest down in the Twin Cities, they had groceries in their space, in the restaurant space. They were passing it...they were collecting groceries because a lot of places weren't accessible to people. Pharmacies were closing down. Grocery stores were closing down. So, they were acting like a... Not only were they acting like a safe space for folks in the community, but they were also providing... They were providing access to food, access to diapers, baby food, first aid kits. They became a safe space and a really fun [space] for folks after George Floyd's murder and during COVID-19. So, that's huge.

I know that Duluth Grill [Casual restaurant in Duluth’s West End neighborhood with an emphasis on locally-produced food] was offering some meals. Burrito Union [Casual MexicanAmerican fusion restaurant in Duluth’s East Hillside neighborhood] was offering some meals for kids. I don't if Duluth Grill was just for kids though, but I know that right after they had to close down for COVID because they hadn't figured out a take-out model yet, they gave food to their employees, but then they didn't continue giving food to the community. They essentially just got rid of all of the food in their freezers and in their walk-in coolers. And then, which was really awesome. And then, that's what I know.

And then, I know that... I'm pretty sure Damiano and Chum [locations with food shelves and meals], they've been collecting food. Oh, Upper Lakes Food [a restaurant supply company], they sold, and no... They were giving away some of their groceries. In the... They did some in Cloquet. They also did some at Bent Paddle where they were just giving away food because restaurants weren't buying the groceries from them, so a lot of the stuff was going bad. So, that was super righteous when they were like... They would park the semis and people lined up to go get free food, because going to the grocery store was super stressful for people.