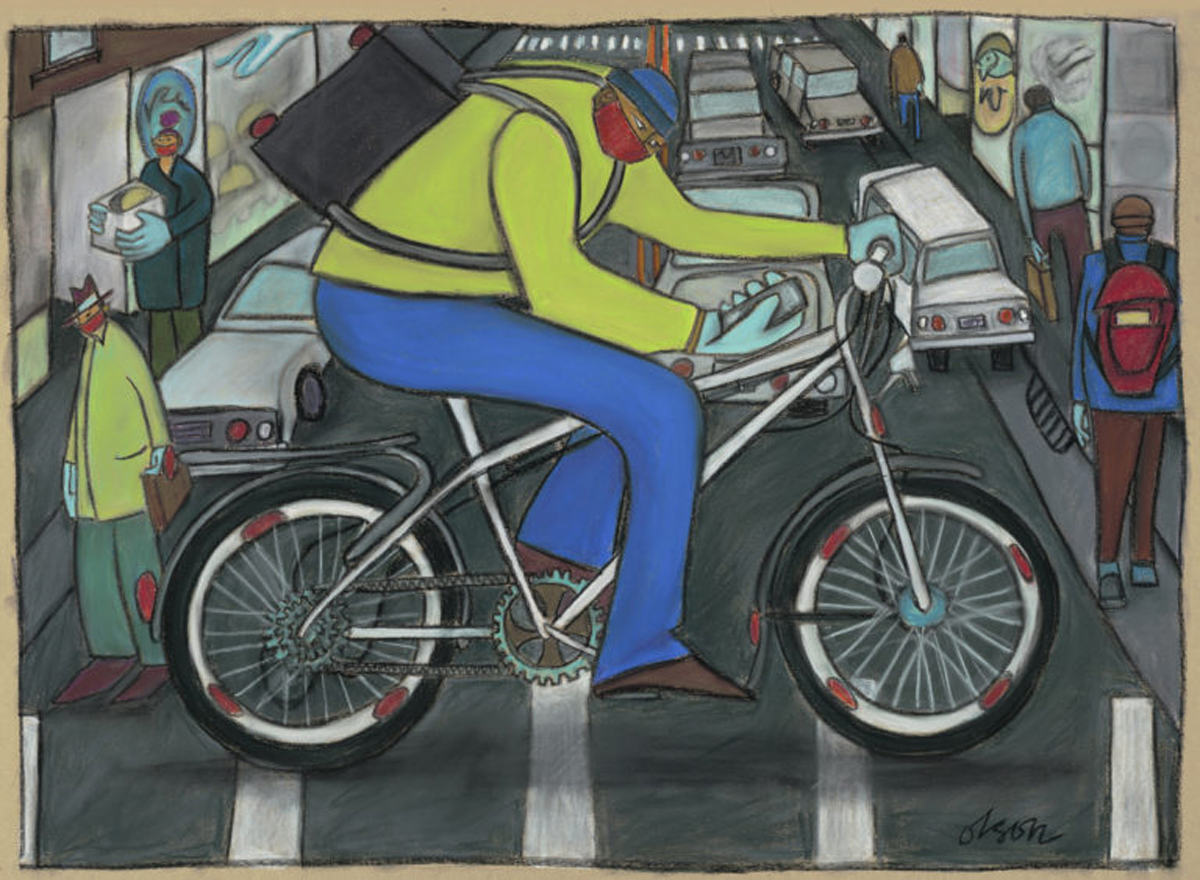 I did Semester at Sea which is a ship that just travels across the world and you port at different countries. So it's a really cool opportunity to be able to visit all these different places for... It's still an expensive price, but cheaper than if you just did them all singy. So, I left the 4th from San Diego, went to Hawaii, and then we went to Japan. And we were supposed to go to China and all these other places, but because of COVID, it got cancelled. So, we were actually in Japan, and the first day we were there, we all got an email and they're like, "Hey, we're not going to China anymore because of this disease. We don't really know a lot about it but we're just gonna not go because it could be a really big issue." Good thing we didn't. [Laughs]

It was really interesting being in Asia and in that general area, which was basically the epicenter of the entire pandemic. There were a lot of emotions that happened on that trip because of being promised this really cool semester and then slowly learning almost daily updates about the development of a new disease. I remember when we were all told we weren't gonna go to China anymore, we were all very disappointed 'cause we all had plans to go see the Great Wall or just explore Shanghai and all these fun places.

Suddenly, we were like, "Oh, well, we can't. So what are we gonna do instead?" We were all hoping we could stay in Japan longer but we ended up staying in Vietnam for 11 days instead of five, which was actually really fun and it gave us a really great opportunity to visit more of Vietnam. Instead of just staying in Saigon, I was able to go to Halong Bay and Hoi An. So it was really cool because normally, you'd have to cut those really short but I was able to explore a lot more of Vietnam because of it.

Then we just kept being denied entry to other countries. [Laughs] So, we actually... We ported in Malaysia to get supplies but we weren't able to get off. And so, we were just sitting at the dock, just looking at Malaysia.

We did a day stop in Hawaii just 'cause they were doing refueling, but we were able to get off and do field programs. So one day in Hawaii, stopped in Japan for about five days, Vietnam for about 11. We went to Mauritius after that because all the other places we were supposed to go to weren't letting us in or they were just getting dangerous. And then, we were in Mauritius for one day which was like a trial run and then a different ship needed our porting spot, so we came back two days later and stayed for another four days.

Then, we went to Cape Town and I flew home from there.

Something I saw in Vietnam that was really interesting, and that I didn't care for was... There was already a lot of fear there, it wasn't super bad, but I actually saw a sign that said no Chinese people were allowed into the restaurant. I think we had five Chinese students on the ship. And at that point, Vietnam was not allowing any Chinese passports into the country. So even though these students had been with us for the last month, and there was no way they would have any chance of having COVID, they were not allowed into the country.

When I got home, I had to self-quarantine for two weeks, because I had to fly back through Cape Town and Heathrow. And while we were pretty safe on the ship, it was those two places that were gonna be really high probability of getting it, where I was like, "Okay, I should self-quarantine." So I did, and I think on the 10th or 11th day of my self-quarantine, so I was just about to get out and be able to go to my favorite restaurant and see my friends and eat some food, the entire country was shut down.