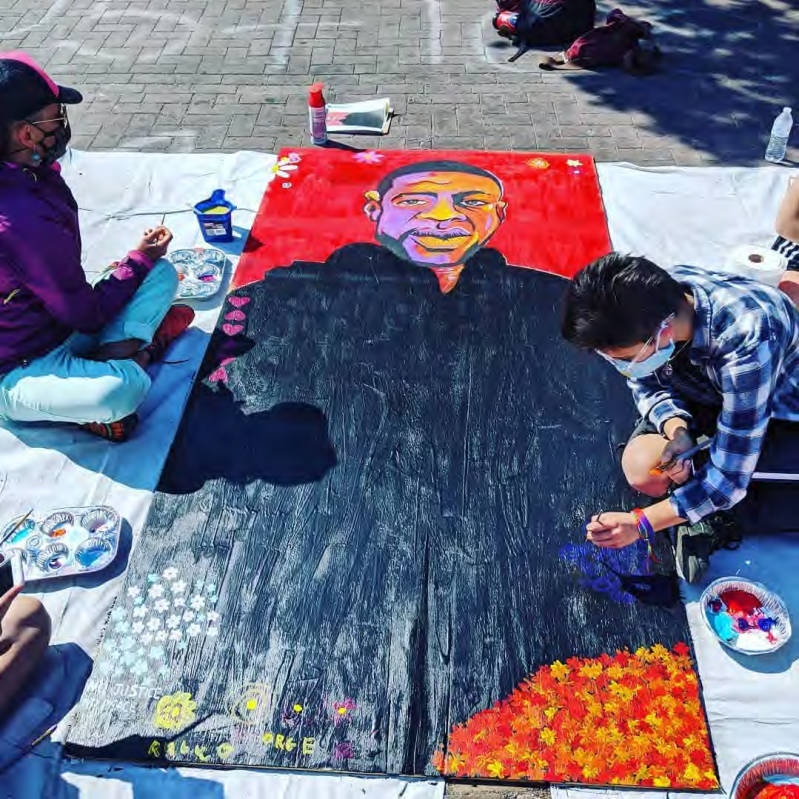 When Black people, or people who care about Black people, or even just the Left in general protests, the right will react as if we’re distasteful. So whatever they do if it's just protesting with signs, they’ll say, "Get a job, hippie." Or if Colin Kaepernick takes a knee it's like, "Oh, well that's like... Can't do that," Right? If you have massive protests where you're being disruptive. Meanwhile, people riot when  their hockey team loses, or wins. No one questions whether or not we should have hockey teams. Although, maybe we should think about that. [Laughs]

And then people were watching these right-wing militants show up with weapons that, if they were left wing... The FBI shot the Black Panthers when they started showing up with guns, shot Bobby Seale in his fucking bed. But the right-wing can show up with... And the president tells them to liberate a state and they show up and they just cough all over the place with no masks or nothing. They spread this shit and it just got...

And then the cops who were stepping on the back of George Floyd's neck were not wearing fucking masks. One was wearing it inappropriately, the other wasn't even wearing one. The cops that show up at our protests aren't wearing masks. It's like we're supposed to stay inside and take care of everyone else and be the good people, be the better person. While everyone else is running around almost trying as hard as they can to spread it as much as possible, it seems like. I think that that existing state of the open protesters made it so that the left-wing was more ready to protest. That impulse to hold back was because of the pandemic was not as strong, because if we hold back and they don't that gives them an advantage that is unacceptable. The political advantage that they gained by being alone in the streets had to be responded to.