’cause capitalism says so 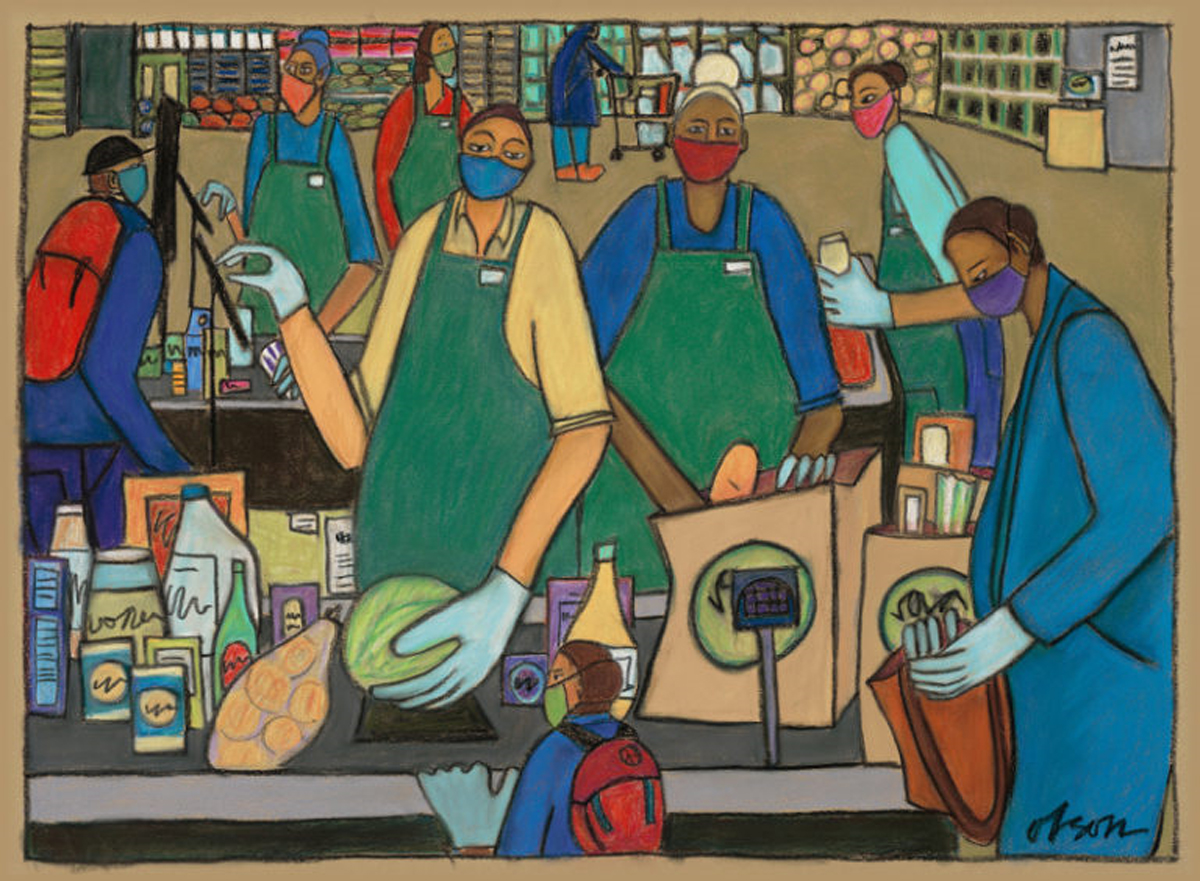 When COVID first hit and it was first a scare and a concern, I was actually furloughed. I was one of the few people at my store, one of the only managers that was put on two-month leave, which was really hard. It was kind of a very difficult situation to deal with, but it’s fine. It got back to a semi-normal, but now every time we go out and we see someone not wearing a mask, it’s kind of off-putting, it’s really disconcerting that people aren’t aware or don’t care.

At the start of everything there was a big changeover at our store — all the cleanliness procedures — and I thought I was being a great forefront of everything. And then when I was put on furlough, I was collecting unemployment for about almost two months, I think. But then everything started, capitalist America started up again and everything kind of got back to a normal back at the store. So they called back everyone that was on furlough that wasn’t immunocompromised or didn’t have other extenuating circumstances, like living in the cities or something.

When I was working, there was a constant threat or fear of an employee getting COVID. We had one employee who had brought their friend back from out of the country and she needed a ride ... she was picking her roommate up from the [Twin Cities] and bringing her to Duluth, and we had her quarantine for 14 days. We didn’t even allow her to work specifically because she was sitting in close quarters with somebody who is a high at-risk person.

So it’s been really hard because every workplace is facing those same stressors right now, every food business. If someone you knew flew or somebody you knew was in close proximity to somebody who flew, or if you were at a barbecue and some miscellaneous relative got diagnosed with COVID, you and that entire family gathering needs to get tested, and then you can’t work until your results come back. So that affects everybody’s unemployment.

And obviously, I was furloughed so that affected me drastically. And I think that helped me take it a lot more seriously, because every time I went outside it was an active choice to go outside to get groceries, to go to a store and get something, to meet up with someone to pick something up, it had to be an active choice. Versus I’m required to go to work, I need money to live, I need to pay my bills. Guess I have to engage with society ’cause capitalism says so, that kind of thing.